All events are free for registered participants. This excludes entrance fees to Philippi (6 Euro) and Ferry transfer to Thassos Island (7 Euro return ticket).

Walking Tour in the Old Town of Kavala (Panagia)

Starting from the conference venue, the Municipal Tobacco Warehouse, we will walk through the lively streets of St Nikolaos to arrive at our first stop; the place where Apostle Paul disembarked, first stepped onto European soil and began his missionary journey. 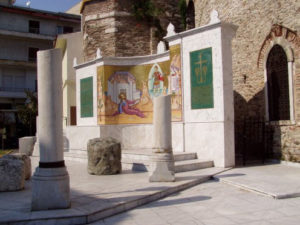 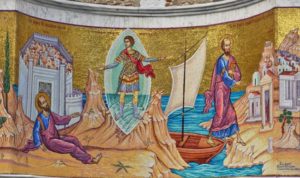 We will then pass by the Aqueduct or Kamares (25m high, built in 1550) heading towards the

Old Town with its old-style colourful houses, cobbled streets and narrow alleyways.From there we will admire the City Walls, the main part of which was built in the 14th century, continue to Imaret (a former Koranic school, built in 1718) and Mohammed Ali Pasha’s House (built in 1720, a typical Turkish home) – the founder of the last Egyptian dynasty. Our next stop is the Church of Panagia built on the edge of the Panagia peninsula next to the ruins of a post-Byzantine church of the 15th century and to the town’s lighthouse, which offers views of the city, the bay and the island of Thassos. 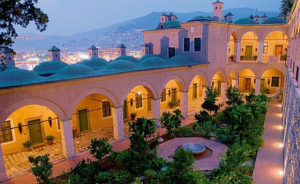 Our tour will end at the scenic square of Palaia Mousiki (Halil Bey Complex) located in close proximity to the town’s Castle.

We are delighted to offer our ICOT2018 delegates a Welcome Reception on the opening day of the conference June 27. The Reception, including the Welcome Speeches will take place in Palaia Mousiki (Halil Bey Complex) surrounded by a picturesque mosque of the 16th century, built on the foundations of an early Christian basilica, and the madrassa building (sacred teaching), with its well restored 8 rooms that served as a girls primary education center in the early 20th century. All delegates will enjoy a special night including delicious snacks, wine and many socialization opportunities!

The Welcome Reception of ICOT2018 in the Halil Bey Complex. 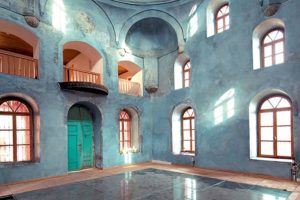 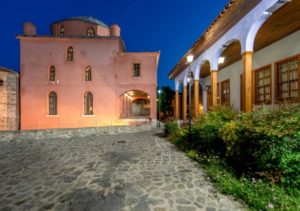 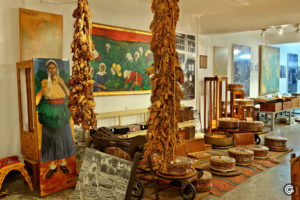 to the cultivation of tobacco. This resulted in many tobacco companies settling in Kavala in the 19th century and the city becoming more cosmopolitan. We will have a glance in the history of Kavala by visiitng the Tobacco Museum of Kavala. It is a thematic museum, which includes objects and archival material for the cultivation and the production of tobacco, its commercial and agricultural processing, its industrial tobacco products and exhibition samples (source: https://www.tobaccomuseum.gr/)

On Friday evening ICOT delegates will enjoy a half-day trip to the archaeological site of Philippi, the Baptistery of St Lydia and to the village of Moustheni, all located less than one hour away from Kavala. We will first visit the Archaeological site of Philippi, which was recently declared a UNESCO World Heritage Site. This is one of the most important archaeological sites in Greece. The first settlement was establishment by Thasian colonists in 360BC and the city was renamed by Philip II of Macedon (Father of Alexander the Great) in 356 BC (Macedonian era). The construction of the Via Egnatia trhough the city in the second century BC elevayed the importance of Philippi as a regional center. Philippi is also know for the Battle of Philippi (42 BC) in which Mark Antony and Octavian confronted the assassins of Caesar, Marcus Junius Brutus and Gaius Cassius Longinus (Roman era). 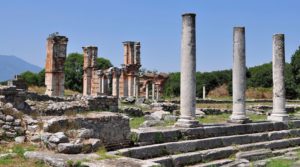 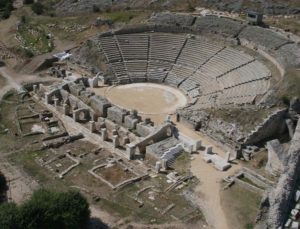 In AD 49 the city was visited by the Apostle Paul (Acts 16:9-10) where he preached for the first time on European soil (Early Christian era). He also established the Church of Philippi in 49/50 AD. According to the New Testament, Paul visited the city on two other occasions, in 56 and 57. The Epistle to the Philippians dates from 61-62.

Next we will visit the Baptisery of St Lidia, the place where Lydia of Thyatira was baptized-  the first documented convert to Christianity in Europe. In honor of St Lydia an impressive octagonal church-baptistery has been erected. 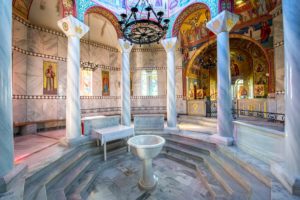 We will then visit the traditional settlement of Moustheni, well-known for its stone bridges, churches and mountainous architecture. After a short walk we will enjoy our dinner in a traditional tavern. 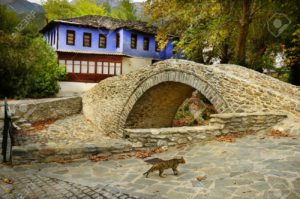 On Saturday 30 June, ICOT delegates are invited to take part to a full-day trip to the island of Thassos with its breath-taking natural environment, rolling hillsides, fertile vineyards and olive groves. Thassos boasts great scenery, whitewashed hamlets and an A-grade collection of beaches. The Monastery of Archangel Michael offers breathtaking views to the Aegean Sea. 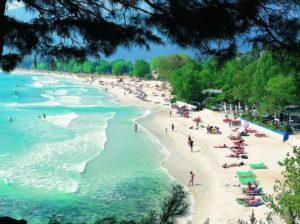 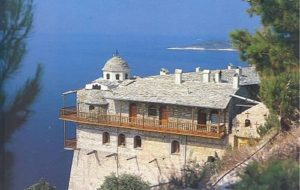